Sigh…yet another intelligent critic who just doesn’t get it…. 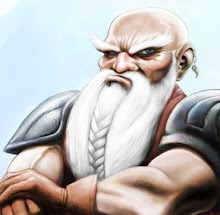 “Adolescent boys, of the kind who take up books in the first place these days, already experience their lives as a series of ordeals: tests, in every sense. A narrative whose purpose is not to push the hero or heroine toward a moment of moral crisis, à la “Huckleberry Finn” or “Little Women,” but to put him through a telescoped series of ordeals, which aim only at preparing him for the next series of ordeals: this is the story of their life…Kids go to fantasy not for escape but for organization, and a little elevation; since life is like this already, they imagine that it might be still like this but more magical. By the time they’re ready for college-admissions letters, they’re already dragon riders, if not yet grownups.”

While it tickle my cockles pink to see a hallow publication like THE NEW YORKER (where the snootiness is of such a rarefied variety as to reach heights condescension hitherto known only to long-dead French royalty….) take on our most beloved genre, yet again it takes what might have been an intelligence and piercing article and ruin it with that old preconception that FANTASY IS FOR KIDS! Only Children Will Read This, Thus Saith The Literary Establishment, for whom only the more obscure novellas written by Ivy League English majors for their professors (yet another reason the Literary Genre is counts for little and less…and yes, it is a genre.)

Adults read this as well…in fact do more than read it. I don’t see many twelve year old boys tearing through R. Scott Bakker’s Prince of Nothing series.The day the genre finds itself restricted to the boundaries of the Y/A section of the bookstore or library is the day it officially dies.