Red Riding…er, coming up short with a suitable quip

So, I had a choice. Battle LA, or Red Riding Hood. Should have been an easy choice for any geek…but one you’ve seen the White House being blown up in Independence Day, the alien invasion genre loses it’s allure…

First impression; being one of only three single guys in the theater over the age of 25. I’m fairly sure one of the others was an old fellow in a trench coat. Awkward….

Second impression: Amanda Seyfried is not born of a human woman. Instead scientists assembled her in a secret waif factory deep under the Antarctic ice, following a template designed to trigger the male protective instinct in overdrive. Although the lady accountant at my place of employment thinks she looks like a fish. Go figure.

Third impression: Catherine Hardwicke is a brilliant director with a knack for connecting with the hopes and fears of American youth…who will spend the rest of her life trying to match the success of Twilight…and failing. Which just goes to show that a true masterpiece is something every artist should fear.

That’s about it. What, you were expecting a bloody review? 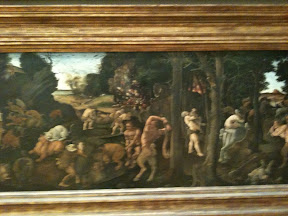