Just saw MIDNIGHT IN PARIS…interesting flick by any measure…certainly a fine alternative to the usual tits and ass blockbuster that seems to be the usual summer fare.

Two thoughts come to mind after seeing it. First, the danger of nostalgia. The character Gil yearns for the Paris of the 1920s, imagining it as an artistic paradise inhabited by the likes of Hemingway, Picasso, Gertrude Stein and Fitzgerald (kudos to Allison Pill as Zelda!) And indeed who wouldn’t want to walk alongside such giants? But the character Arianna, in her dissatisfaction for her time and her desire for the Paris of the Belle Époque shows that all wonder is subjective. Periods that would magical to us are mundane to the people who actually lived in them. Which begs the question how people seventy years hence will see our own time…will there be generations of artists yet unborn yearning fir a chance to spend just a single night in the New York or London of the early 2000’s, when Lady Gaga walked the earth and indie rock was the soundtrack of a generation? (or maybe not….)

The other thing that comes to mind is the character Inez and her family…basically caricatures of the social climbing bourgeoisie…portrayed as only some like Woody Allen, spending so much time in France, could do so. As human beings they’re fairly repulsive – hence their being caricatures – but it occurs to me that the Bohemian as a person or subculture could not exist without the Bourgeois, since it is the Bourgeois which gives the Bohemian identity, by serving as something to stand against. What’s the point of being enlightened with having masses of brutish, grasping philistines to despise? Art arises from conflict, which means an enemy is needed. A fine bit of hypocrisy, since it is the Bourgeois and their disposable income who support Bohemian artists in the end. Who else has the money to buy avant-garde works of art and literature…or the interest to do so?

Just something to consider… 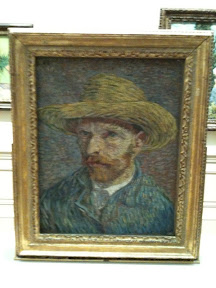