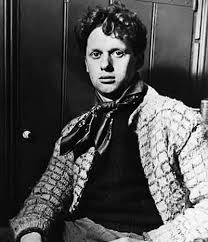 It’s a cold, windy Saturday. I had nothing better to do, so I signed up for a rather interesting pub crawl in Greenwich Village. I and about thirty other literary aficianados were going to spend three freezing hours visiting three bars in lower Manhattan known for their association with great writers of the past century. We started off at the White Horse tavern (famous for being the last place Dylan Thomas drank before dying) proceeded onwards to the Kettle of Fish and ended the day at Marie’s Crisis Cafe. all great places, (though the last was something of a meat locker in terms of temperature…) and I drank back some bottles of fine hard cider (not much of a beer drinker…)
But a few days later, reflecting on our perambulations through New York literary past, I realized something. All of the writers associated in these places have been dead for decades…or of they are still among the living are not likely to remain so for very much longer due to advanced age. For over a century, the Village was a Bohemain paradise, a literary mecca, an artists haven, Today it’s a museum, a place for outsiders like yours truly to dip a toe in the metaphorical fairy dust of the past. hoping that some of it will stick (while conveniently ignoring the grinding poverty, personal conflicts, substance abuse and wrecked marriages along the way…those who said art comes from suffering knew all well of what they spoke…) The neighborhood itself is a cleaned up, prettied up version of its old grungy self, the street kid poet turned tenured professor. Those in the area hoo still have creative drive likleyy have trust funds or day jobs on Wall Street. Or rent control.
None of this is surprising to anyone, least of all myself. Everyone knows the Village has been a yuppie enclave for over a generation. Go to other places in this city with a history of artistic endeavor and its all the same. Williamsburg was once a working class district afflicted with high levels of street crime, now it’s hipster central. Astoria, Long Island City…all headed down the same path. None of this is shocking or surprising.
Which leads me to wonder about the conflict between art and wealth. Specifically, can true artistic communities co-exist with wealthy neighbors? Artists hope to sell their paintings, poets and writers to sell their scribblings…their presence in any given place gives it that pizzazz that inevitably draws the monied crowd…forcing the artists to move on. The great neighborhoods around the world that we associate with Bohemian lifestyle around the world are an eclectic group of places, but they all share one thing in common – once upon a time they were dirt poor places that sensible citizens did their best to avoid. My father lived and worked in NYC during the Seventies, back when the gritty city so beloved by by the nostalgic today was a very real thing (gritty enough to choke on…), and he makes it quite clear that it was not a nice place to be. The Village, the Bowery and all the rest were crime-ridden sinks most did their best to leave. Which is why the creative types moved in. It was the only around they could afford to live. The Village was the home base for generations of writers because the rents were cheap. Dylan Thomas was staying at the Hotel Chelsea because it rented at flophouse rates. Chelsea became a gay haven because it was cheap enough even for societal outcasts. An amazing period of creativity began, which in turn caught he eye of people who did have money and desire to be near exciting things, slowly but surely the rents go up…the Course of Empire in the inverse.
Which makes one wonder if eventual self-destruction is inherent in these sorts of communities. A place abandoned becomes a home for those of creative mind with low capital. It becomes the focus of attention. Money moves in. Eventually the creatives must move on. They find another place, and the process starts anew.
Which goes to show the only place Bohemia can be eternal is inside your own head.