Excerpt from my upcoming novel (which doesn’t yet have a title, but I am working on that…) 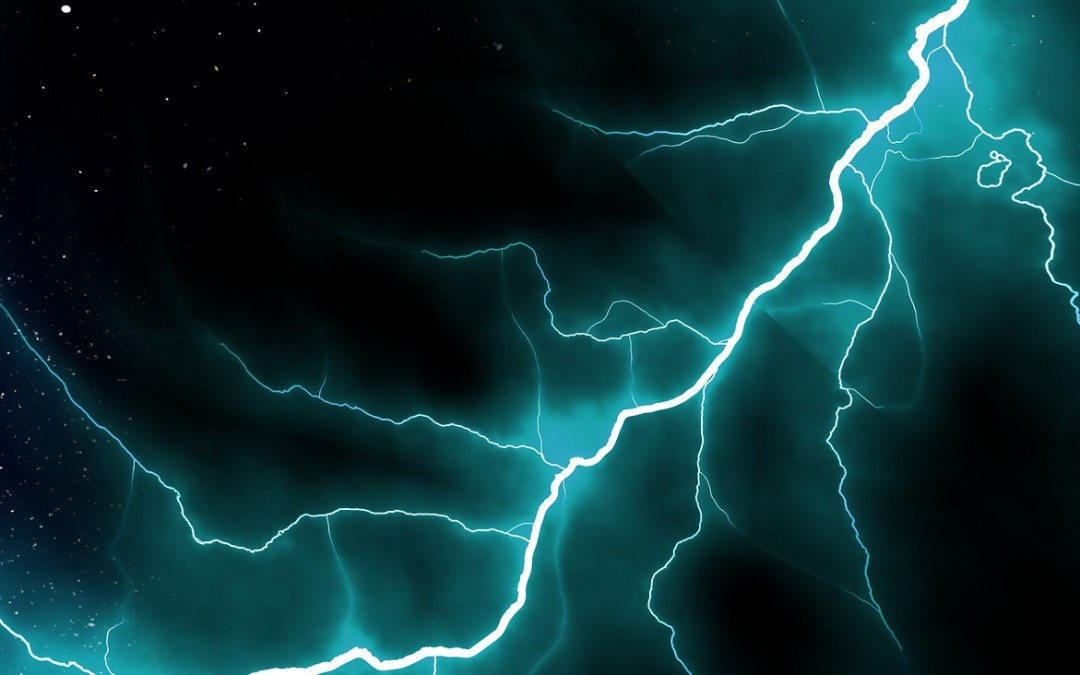 Here is an excerpt from the next book in the Nine Suns Series (no title yet, but I am working on it…)

They were called the Bright Lands, a name with various meanings depending on who was asked. To cartographers, they were nothing more than an anomaly of the charts, a regions in the center of the Universe were two of the Nine Suns were so close to one another that they were practically side by side in Celestial terms.

To story tellers, spinning yarns by the tavern fire as they hoisted another round, they were a place of never-ending days free of winter and wonders beyond compare, the realm of that mysterious race known as the Valarei.

To merchants engaged in long distance trade, they were a place where great wealth might be gained, where a single cargo of precious Valarei-made goods, brought back to one’s home port across the Universe, would without question result in profit of at least two hundred percent, if not more.

But to Gaebrel Harrn the Bright Lands were a mystery to be unwrapped. Both Suns were lamps in the dark gray of the Boundless Empyrean – Maraea illuminating the stern of the Sparrow, Fhirial the prow. It was marginally brighter here than normal, but not to the point of dispersing the shadows that crept across the deck. The winds that blew across the deck still carried with them the unmistakable chill of the Empyrean, the space between worlds.

The journey was short enough – three weeks with a good wind. Before long that crossed that invisible barrier that marked the edge of a system, crossed the border into the territory claimed by the Valarei. A slight course correction followed, and after another week a bright light in the distance becomes a red and gray world. Hasyarin, the ninth world circling Fhirial. And circling it a single moon, called Hathaj. The space around it was thick with shipping from across the universe, awaiting their turn to land on the one part of the Valarei’s vast realm where outsiders were (mostly) welcome.

“Open it.” The Valarei customs officer spoke Halaric with only a slight accent, but was reluctant to use more words than absolutely necessary.

“As you wish.” Gaebrel gave the nod to Pohtoli, who grumbled, produced a knife and cut the cords binding the bundle of fur. Carefully he laid it out across a stack of crates, running a hand down the softy white hairs of the pelt.

“Is that not fine?” Gaebrel asked.

The customs official grunted, seemingly not impressed. “How many of these?”

“Ten,” Gaebrel answered, jerking a thumb at the others, stacked at the back of the hold.

“Spices, herbs…but the fur is the main thing.”

“Hmm.” The customs official tapped his chin for a moment. “Whats in those crates,” he asked.

Pohtoli pulled the fur away and picked up a crow bar. “Nothing of importance,” he replied innocently.

“As you wish.” Pohtoli pried the top open.

The customs official peered in. “Scrap metal?” he asked, flicking a finger against a hunt of rusty iron, keeping away from the jagged edges.

“Someone will buy it,” Gaebrel said.

“Hmm.” The custom official said little more, though his opinion was clear. He gave them a figure for the import duty, which Gaebrel paid without complaint. Only when he left the ship did the small knot of tension gathering at the base of his jaw finally disperse. “That was easier than I expected.”

“I told you it would work.” Pohtoli slid the lid back over the crate. “No one is going to shove his hand into a box filled with sharp metal scraps.”

Gaebrel grinned, looking at the crates piled high in the hold, filling the space entirely, save for a small alcove in the front where Yasinnic kept his hammock. Twenty crates in all, each containing fifty to twenty bundles of highly valuable furs hidden under a false bottom, with scrap iron piled on top.

“It still chafes that we have to pay a tax on the ones were kept in sight,” Pohtoli said, rolling up the fur and tying it down with fresh lengths of twine.

“A necessary loss. If we showed up with nothing but boxes of rusty junk, he would have known we were up to something. What we paid now is nothing to what he would have charged.”

Gaebrel left the hold, headed through a door and into the narrow central passage that ran the length of the ship. The Sparrow began life as a pleasure yacht for a minor princeling before being ‘acquired’ by its current owners. Years of quick escapes, chases, landings on moonless nights and damage from cannon balls and gun shots, (not to mention various modifications by the crew, often done on the fly and under fire) erased much of this noble lineage, but the ships lean profile remained plain to all with eyes to see. She was a racer, the fastest vessel with sails found this side of the grave.

Which led to cramped quarters, among other things. Four small cabins lined the corridor, along with a small galley that was manned on a rotating basis – this week it was Pohtoli’s turn, which explained the sharp smell of spices permeating the air. Gaebrel’s cabin was towards the prow, and like the others was little more than a closet with a narrow bunk hailed to the wall and barely enough space for his chest. There was an actual stateroom to the stern, set in the back deck above the main cargo hold and below the rudder room, which was claimed by their ursuhli comrade Hurren, on the basis that it was the only space on the ship that would hold him. He’d since added a trap door that opened into the hold, and another door in the ceiling that that led to his post by the tiller, sparing him the need to squeeze down the hallway, to the inconvenience of his comrades.

Gaebrel heard faint thumps coming through the bulkheads, as Hurren shifted the tiller about, adjusting for the wind. He walked by the galley, paused a moment to look at the battered iron pot, sitting in a clay-lined pit filled with sand and hot coals. The lid lifted a bit, letting out a fleck of some greenish brown substance that smelled of garlic, pepper, and various other things that defied description. He pondered taking a taste, then thought better of it. Pohtoli had visited dozens of worlds across four different systems, but insisted on the recipes of his home world of Iyantua, where it seemed the locals competed in building bonfires in each others mouths.

He went up a narrow stair to the fore deck. Hathaj lay to port, a broad green and gray face that blacked any sight of the larger world beyond. At least a hundred other ships floated in the space around him, ranging from small skipsails that worked the intrasystem trade to four-masted merchantmen with as many side sails that looked set to sail across the universe ten times over if not more. A hulking warship ambled along in the distance, made from some white wood that reflected the light of the moon below, its gun ports firmly shut, some red flag fluttering from the stern.

To starboard was the customs station, a round structure of wood and stone place in stationary orbit above the moon, with several spindly piers poking out at all angles. The cutter carrying the customs officer pulled towards one, rotating as it went so that from Gaebrel’s vantage point it looked like it was upside down. Which was true only as far as his perspective was concerned; in the Empyrean, up and down were relative concepts that did not matter once a body had escaped the gravity of his own ship.

Gerel was working one of the side sails, and gave Gaebrel a wave as he passed. Morrec was on the back deck, keeping an eye on the wind tassel fixed to a pole on the back railing, and calling down adjustments to the tiller room through a grate on the deck.

“None at all. Get down to the rod room, we’ll be dropping soon.”

“Aye Captain.” Morrec came down from the back deck. He paused a moment as he passed by Gaebrel. “Yasinnic is in his perch. Should I speak with him or…”

“Right.” Obviously relieved, Morrec went down below, headed to the ascension locker in the prow.

Gaebrel turned to the main mast, hooking his fingers around the rope netting wrapped around the side and hauling himself up. The effort was not si great as it would have been wer ethen on planet side – any object in the Empyrean larger than a chair or chest generated its own gravity (Gaebrel once asked an arcanist why this was so. The answer that came back was long, convoluted, and stuffed with words that to his ears sounded made up. Which suggested that the arcanist did not know himself and was making it all up, or did know but did not understand himself. “A mystery of the Aethyr” was the short version of the answer that Gaebrel went away with.)

The main sail was reefed for now, and he noted with some concern the sloppiness of the knots binding the sheet. He resolved to have a word with Gerel about that as he went on, headed to the basket perched at the top. Yasinnic was there, as he always was, looking out on a non-existent horizon.

Keep a lookouts perch on top of the tallest mast was a holdover from days long past when ships were bound to the sea, and where putting someone fifty feet up so they might see the horizon better was a sensible thing to do. There was no horizon in the Empyrean though, but still the custom went on. Gaebrel figured it was a way to keep the crows nest watch out from under the rest of the crews feet. Yasinnic treated any suggestion that he move his post to a point on the stern with a cool disdain. Gaebrel reckoned he preferring the peace and quiet.

“Captain.” Yasinnic glanced at him. He squatted on a stool kept in the basket. One of his rifles leaned against his shoulder. His coppery skin seemed to glow in the light reflected from the moon.

“Keeping out of the way?” Gaebrel asked. Yasinnic said nothing. He was not a talkative man by nature. But a twitch of his pointed ears suggested much more happening beneath the surface.

“We’re headed down in a bit,” Gaebrel said. “Likely will be on a shipfield by dinnertime. This is a Valarei world.”

Yasinnic glanced at him. “I am aware,” he said, his face a mask that said volumes by its sheer unreadability.

“Getting here was a trial, you know this. I know how you feel about Valarei, and I can guess what they will think of you.”

“You don’t have to worry about me.” Yasinnic kept his eyes on the Empyrean. “None will have trouble with me, unless they come looking for it.”

That’s what I’m afraid of. Gaebrel kept his thoughts to himself. “Right. Prepare for descent.” He climbed out of the crows nest. As he went down, he glanced at the rifle, and noted the way Yasinnic’s hand gripped the stock, finger close to the trigger, ready to shoot at the earliest opportunity.

“This won’t end well,” he muttered to himself as he went back down to the deck.