A walk through the Games of the past, or how Dungeons and Dragons saved my life 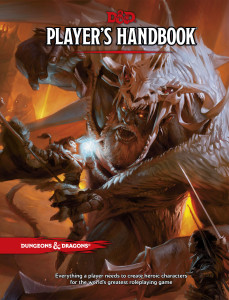 The 5th Edition of that most venerable of RPG’s came out a few months back. After playing in a six month campaign using the new PHB, I come away well pleased by the results. Not that it’s perfect (The skills and backgrounds setup still doesn’t make any sense) but good enough. But then again, I really got into the game with 3rd Edition, and to my mind that is the most perfect version of the game every made (though 1st edition grognards will likely object.) Of course, I feel that way because it is the version I started out with, which means it is the standard by which all others are judged for good or for ill…

So much for the gamer talk. But thinking on it beings to mind another memory. I’m fourteen years old, just entered high school and have only a hazy idea of who I am and what I like. In a new school, didn’t know anyone. I met a couple of guys who hung out in the drama department. We became friends. Then one day, we head into a back room in the library, and there began my first taste of Dungeon and Dragons. And from that came my immersion in the fantasy genre. Dungeons and Dragons was a gateway into an imaginative new universe, along with the novels of David Eddings and Raymond Feist and the Dragonlance Chronicles (again, thank you TSR!) But more than that, it provided a way of cenceptualizing stories in a way that influenced how later stories were actually written. For better or for worse. 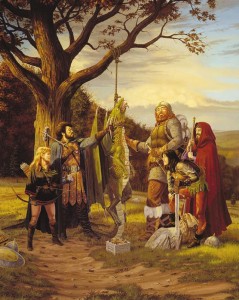 Here is the basic gaming group back in the day, when such high geekery was kept firmly on the down-low. Four or five guys, only one of which is likely to have a girlfriend at any given moment, fortified by copious amounts of caffeine. No booze or weed, at least in the groups I was in – we want to be sober to enjoy the experience fully. One Dungeon Master. One fighter, one cleric , a thief and a wizard. A variety of races, and whenever someone played an elf they would inevitably be named Elrond. Few female characters – gender bending wasn’t something we were interested in. Lots of funny accents and trash talking and gross immaturity (as young men will.)

We traveled across many worlds and many lands. Delved deep into dungeons of every shape, size and persuasion. Fought dark lords in their high towers, rescued fair princesses from dragons most dire. Saw wonders most people never even dreamed of, in stories in which we, ordinary fellows of little account, were transformed into heroes of world-shaking importance, which to my mind is a far better way of spending ones spare time than smoking dope or joining a frat. And it was something else as well…a way for young men with little in the way of social skills to meet people. If you had difficulty with making conversation or tended to get tongue tied around people you didn’t know, gaming was an easy way in. No matter where you went, if you looked hard enough you would find a gaming group. And there would be your social circle. Your friends. It was a life saver in some of the most literal ways. There are a lot of awkward fellows out there who wouldn’t have anything resembling a life without it. I would know…I was one of them. God knows what would happened without the refuge the Game provided. Dungeons and Dragons saved my life. 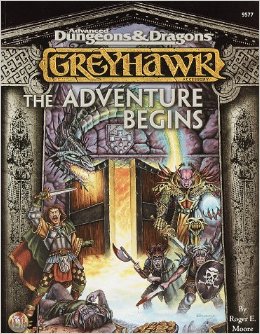 Back then it wasn’t inclusive or politically correct, though if you were willing to play, you were in, no matter what you looked like. Players could be hard to find, and when enough were in one place to form a group, each one was treasured like the rare diamond he was (especially in the suburbs or countryside.) A lot of weird things were said around the table. Our attitude towards women wasn’t the most mature – we were young and stupid and didn’t know better, and one can say things to a imaginary elven maiden that he would never ever dare with a real flesh and blood female who would take very real offense. But so what? It was a place for geeks like us. We didn’t fit in anywhere else. Square pegs in a world of very small round holes. But the Game was different. There we were heroes.

In time a man grows older. He leaves behind childish things, but for me gaming isn’t one of them. The world has changed but the spirit of the Game remains the same. And despite the efforts of the world to mock it into oblivion, we still play, happily ignoring the spirit of the age. The Game continues in all its weirdness and wonderful strangeness, and gamers would it have no other way. 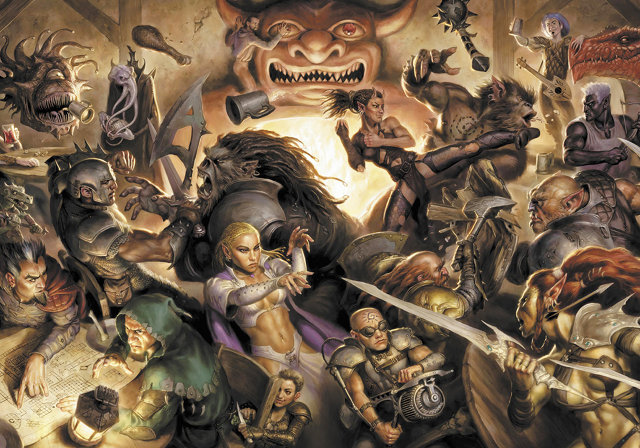