Complexity is the spice of life… 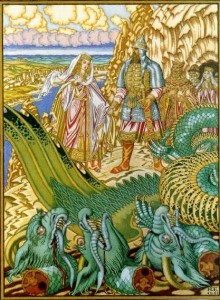 There is a tendency within all parts of popular culture for division and subdivision. What starts out s simple becomes more complex as people focus on minor differences and build on them to create something new. Take music for example…Black Sabbath creates heavy metal, which them splits out into myriad subgenres like Thrash Metal , Glam Metal, Doom Metal, Black Metal, Progressive…and the subgenres then sort subgenres of their own. Punk began Hardcore, which led to all the various form of music loosely defined as alternative (Grunge, Emo, Scream…etc.) Disco began House, which begat Techno, which begat Rave music…and so on and so forth, ad infinitum.

Fiction is no less subject to this, and fantasy especially. What began with Tolkien and Robert E. Howard (who in turn drew from myriad sources that came before them) was fairly simple…dragons, demons, distressed damsels (or dudes, though they were were a bit more rare in the early days…) the great Big Bad Guy who had to be overthrown, all happening in an alternate universe where the impossible was very much possible. Throw in a wizard or two for extra seasoning. Sword and Sorcery and Epic fantasy, the two mother subgenres, that’s where it started, 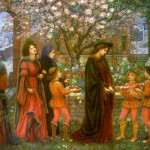 Fast forward about fifty years, and there are more fantasy subgenres than one can shake a stick at. Wikipedia lists about 46, each with its own page, everything from Bangsian fantasy (famous people and their adventures in the afterlife – think the Riverworld series by Phillip Jose Farmer) Magical Realism (fantasy for people who don’t want to admit that they like fantasy, and thus acceptable to literary fiction types, itself a distinct genre…) Steampunk, Paranormal Romance, Dying Earth, Weird West…and so on. And more being invented every day. 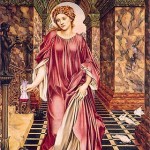 And all this is a good thing. Variety is the spice of life and the fuel of creativity. Genre conventions exist in order to be struggled against. Nostalgia has its place, but only in moderate doses…a genre like fantasy, which has its roots in nostalgia for a time that never was, can easily run the risk of became stale and static. Which is not to say that all change is good…but how do we know what works and what does not unless someone goes about and tries it?

And to be honest, I’m curious as to what new subgenres the future might bring…