To my mind, there are two traditions of literary hero in fantasy fiction (I claim no insight in anything else…) on one hand you have the standard Stanley Square-Jaw type. Typically he begins as a naive innocent farmboy type who gains in strength and righteousness as he proceeds along the heroes journey. Think Garion from the Belgariad. On the other hand, we have the Byronic hero, derived from the works and life of Lord Byrob. Wikipedia had this to say on the subject:

a strong sense of arrogance
high level of intelligence and perception
cunning and able to adapt
suffering from an unnamed crime
a troubled past
sophisticated and educated
self-critical and introspective
mysterious, magnetic and charismatic
struggling with integrity
power of seduction and sexual attraction
social and sexual dominance
emotional conflicts, bipolar tendencies, or moodiness[citation needed]a distaste for social institutions and norms
being an exile, an outcast, or an outlaw
disrespect of rank and privilege
jaded, world-weary
cynicism
self-destructive behavior

Which brings to mind the Elric from Michael Moorcock’s stories, or more recently Jaime Lannister from ASOIAF. It goes without saying that in our cynical post-Boomer age, it is the latter that has the ascendancy. Characters that stand for good and righteousness all to often end up being used and abused by the jaded. Which to mind is nit always a good thing. Yes, fiction should try to display the realities of life (even in a fantastical setting) but it can also show an alternative, a place where things like truth, honor and yes, even chivalry can have the final word.

And if the good must die…at least let it be in a way that is noble, as a rebuke if nothing else to those who see the grubbiness of the world, even an imaginary one, and believe there is nothing more. 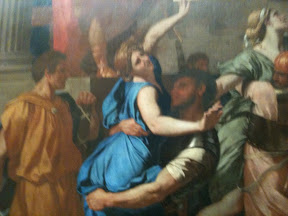