Be honest with thy greed

The glut of superhero flicks retuned thus summer. Thor, directed by Kenneth Branagh. He gave an interview where he gave a lot of hot air about how he was attracted to the character/story/mythos…or something along those lines. Probably better than the likely truth which runs along the lines of “they waved a big bag of money in my face and try as I might I can’t say no because while Shakespeare may be a gleaming pillar of the Western canon it doesn’t get the fanboy bums in seats and that’s where the money is instead of four-hour long versions of Hamlet featuring all the bits most directors cut out in the name of sanity and what that says about modern culture is best left unstated because if people are willing to stump up ten dollars to see a flick with a hackneyed plot and an overabundance of CGI in place of actual art then who am I to say no….”

Or something along those lines. When did I get so cynical? 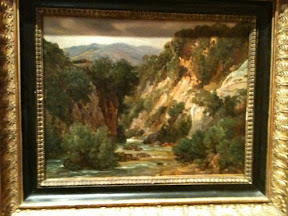