A pouring out of words….

Where to begun…this post (the first in a long time….) was supposed to be about Game of Thrones, but the mind just won’t concentrate…Spring is coming, Summer not far behind, warm weather being a salve on the worst hurts of the world. Modern society is set up to slowly grind the human soul underfoot, until nothing left can be used, they take it all, hope, joy, happiness…all the things you are supposed too want will destroy you in the end. Born, live, die, have kids, find a wife, go to work, day in day out until one day you crack and either gain enlightenment from sheer boredom or more likely dive to the bottom of a whiskey bottle or eat a bullet….guilt is a useful thing in this particular situation, which explains the continuing allure of Catholicism, since it makes watching the steady decline of what used to be known as Western Civilization relatively painless….I dream of bohemian freedom, a life lived soley for art and beauty, but the problem with illusions is evetually they get crushed under the steel boot heel of reality, yet our world is one run for illusion, it is an illusion. We spend our lives chasing green pieces of paper that in another context would only be good for cleaning up that pile of gunk left behind by your cat. If our ancestors could travel in time from ten thousand years before and look upon the world we created, would they marvel at the steel and concrete towers, the glories of the internet and the conquest of nature, or would that shake their heads at the way we kill ourselves eating bad food, having worse sex, breathing polluted air while nature shrivels and dies around us without anyone even noticing, and chasing the next dollar, the next piece of paper with the head of state of your choice printed on the front? At least when you brought down the mammoth with your stone spear, your got a handful of meat, something that was real and that you could eat….

All right…done. Mind had finished spewing out all thing negativity. This has been a purge of boredom induced madness…one of these days I will tell the boss to stick this job someplace unpleasant, and walk out into the sun, walk into the woods and never come back, seek out the hidden world spoken and myth and find out if it’s real. And if it isn’t, I will make it real….. 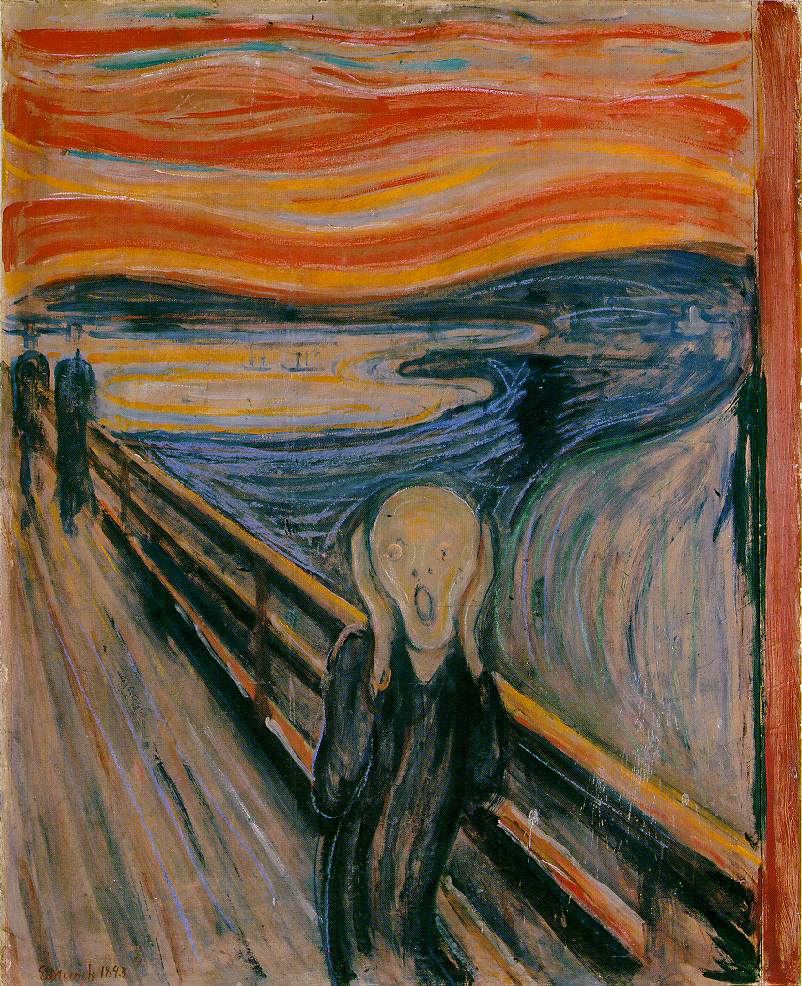